Usually on this day, April 20th, people all over the world come together and bond over a common interest: cannabis. But due to the global coronavirus pandemic, this year, 4/20 is a little different. In fact, it has to be the weirdest 4/20 of all time. And 2020 was supposed to be the year where cannabis enthusiasts were going to be able to celebrate 4/20 for a whole month! However, due to the major buzzkill of that nasty little devil SARS-CoV-2, festivals, large public gatherings, concerts, and conventions were canceled all over the world. For example, San Francisco officials said they would not permit the legendary 4/20 at Hippie Hill, the world’s largest, most authentic 4/20 jam. And of course, the decision to cancel this epic gathering was for the best. Thousands of people together, sharing joints and bowls, coughing all over the place? No thanks. That said, people in the cannabis community are adapting, and celebrating 4/20 safely and responsibly at home with live streams and concerts, DJ sessions on Instagram & Facebook Live, Zoom smokeouts, hazy Google hangouts, and 420-themed online fundraisers for COVID-19 relief.

This year, the origin of 4/20 is more relevant than it’s ever been. Both cannabis smokers and non-smokers alike recognize April 20th, or 4/20, as a national holiday for cannabis culture; but few actually know how the date became to be recognized as the highest of holy days… or is it the holiest of high days?! Anyway, many of you probably haven’t the slightest idea of why we choose to celebrate cannabis culture today. Some say that “420” is the police dispatch code for cannabis possession or public consumption (nope), or that the California penal code for cannabis is “420” (also nope), or that April 20th was Hitler’s birthday (big nope; it may be true that Hitler was born on April 20th, but this has nothing to do with cannabis. He was a monster, and he doesn’t get to ruin 4/20), some believe that there are 420 chemical compounds in cannabis (false; it’s more like 500+), or that 4/20 is celebrated in memoriam of Bob Marley’s death on April 20th (also false; Bob Marley died on May 11th). To put it bluntly, all of these rumors and myths about the origin of 420 are false.

The most credible story traces 420 back to San Rafael, California. In 1971, five students at San Rafael High School would meet at 4:20PM by the campus’ statue of chemist Louis Pasteur to light up. They chose that specific time because classes and extracurricular activities had usually ended by then. This group – Dave Reddix, Steve Capper, Jeffrey Noel, Larry Schwartz, and Mark Gravich – became known as  “The Waldos” because they would often sit and hang out on a wall on the school’s campus. They would say “420” to each other as a secret code for marijuana. Their high shenanigans would continue long past 4:20, often into the night, and the group would challenge themselves to find ever-more interesting activities to do under the influence. But how did these five teenage stoners become the founding fathers of 420? Years after graduating high school, David Reddix was working as a roadie for the Grateful Dead. The band is said to have helped popularize the term “420”. On December 28, 1990, a group of Deadheads in Oakland handed out flyers that invited people to smoke “420” on April 20 at 4:20 p.m.

One of these flyers ended up in the hands of Steve Bloom, a major Deadhead and former reporter for High Times magazine, an authority on cannabis culture. Bloom jumped on the expression and quickly spread it around the office. In 1991, the magazine printed the 420 flyer and continued to use the number as a euphemism for cannabis and toking. Soon, it became known worldwide as code for marijuana. In 1998, High Times acknowledged that “The Waldos” were the “inventors” of 420. Bloom, now the publisher of Celebstoner.com, has credited the people who wrote the flyer for the date’s reputation as an annual gathering of pot smokers. “They wanted people all over the world to get together on one day each year and collectively smoke pot at the same time,” he wrote in 2015. “They birthed the idea of a stoner holiday, which April 20 has become.”

So, while this year 4/20 is different, remember that it originated as a secret gathering among close, trusted friends. Feel free to embrace that founding spirit of 4/20 this year. 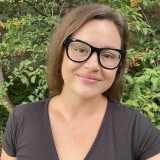 Merilyn Ritchie is a Senior Content Strategist with EX Media. She has crafted content for small businesses, large non-profits, tech startups, and everything in between. Writer by day and reader by night, she loathes to talk about herself in the third person but can be persuaded to do so from time to time. So it goes. Find her on Instagram: @MerilynMcg